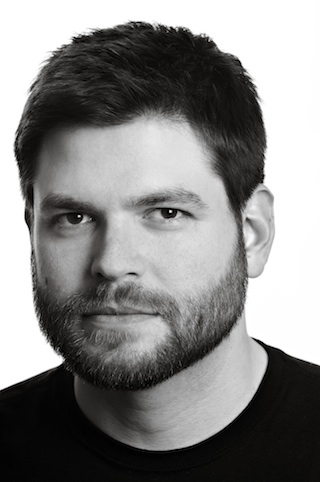 The music of composer Daniel Ott (b. 1975) has been described as “epic and intimate, embracing and overpowering” (The News Tribune), “compelling” (Dance Magazine), and “of considerable artistic seriousness” (MusicWeb International). His work has been heard all over the world, most notably at Carnegie Hall, Lincoln Center, the Kennedy Center, Sadler’s Wells, the Musée du Louvre, the Guggenheim Museum, the Fall for Dance Festival in New York’s City Center, as well as throughout Asia and Latin America. Commissions for his work have come from the National Symphony, New York City Ballet’s Choreographic Institute, the Chiara Quartet, and Bargemusic, among others.

Recent projects have included the premiere of Ott’s Fire-Mountain for orchestra and chorus by Symphony Tacoma, a work inspired by the power and fragility of our National Parks; his String Quartet No. 2 by the Chiara Quartet, as part of their innovative Creator/Curator commissioning series; and Blue Water, a chamber concerto for violin, piano, and string quartet, whose music “weaves together images of magnificence and terror” (The New York Times), commissioned for Bargemusic’s 30th Anniversary and premiered by the Shanghai Quartet and guests.

Noted for his work for dance, Ott has composed a number of ballet scores, including An Inflorescence for the New York Choreographic Institute’s 10th Anniversary at Miller Theatre in New York. In a unique experiment, the work was set to dance by three of the world’s leading choreographers––Larry Keigwin, Alexei Ratmansky, and Christopher Wheeldon––and performed three times in one evening by ACME (American Contemporary Music Ensemble). Ott has also collaborated with Benjamin Millepied, from whom he has received a number of commissions. Their Double Aria was described as the “highlight of the night” (The New York Times) at its NYCB premiere.

An award-winning composer, Ott has been recognized numerous times for his work. He is a 2013 recipient of the Goddard Lieberson Fellowship from the American Academy of Arts and Letters and has also received their Charles Ives Scholarship. In addition, he has been honored several times by the ASCAP Foundation with the Morton Gould Young Composer Award. Ott studied at the Curtis Institute of Music and the Juilliard School, where his teachers included Ned Rorem, John Corigliano, and Robert Beaser. He currently serves on the faculty of both Juilliard and Fordham University, where he is Associate Professor of Music Theory and Composition. Ott resides in New York with his wife and their two children.