Together Again (for the First Time)

On June 19, two of my closest friends and I will have our work presented on Bargemusic‘s “Here and Now” series in Brooklyn. I can’t tell you how excited I am (actually, yes I can—keep reading!).

Alex Freeman, Mathew Fuerst, and I are school chums from our Juilliard days—I’ve known them for roughly 15 years. The crazy thing is, in all that time we’ve never shared a program of our music until now.

Simply put, Alex and Matt are two of only a handful of composers from my generation whose music I not only admire, but listen to for pleasure. And now you can, too! Here’s a little preview of the program: 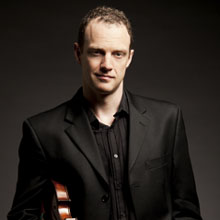 The amazing Canadian violinist, Jasper Wood, will open the concert with my Double Aria. This is a piece that was originally commissioned as a ballet score, and although it’s been played a number of times without the accompanying dance, this performance will mark the work’s NYC “concert premiere.” The music is highly virtuosic and demands a lot of the performer. The title refers to the piece’s middle section (“Aria”), where the player must emulate both a vocalist and the accompaniment simultaneously. When it was first performed at New York City Ballet (all the way back in 2005), another fantastic violinist, Tim Fain, played it onstage with the dancers. Tim later recorded the piece for an album of unaccompanied pieces which is really phenomenal. If you’d like to hear that recording, feel free to click on the link above. But if you’re lazy like I am, you can also watch this YouTube video I made which follows the score: 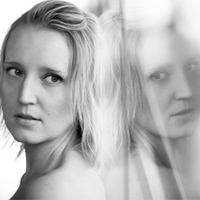 Two really terrific pianists will follow Jasper, Salla Karakorpi and Brian Lee, both of whom will play solo works by Alex (his Aerial Voices: Variations on a Theme of Charles Fussell and Three Pieces, respectively). Salla will be coming all the way from Helsinki to give Aerial Voices its U.S. premiere. Alex’s music is always finely crafted and tightly argued—his set of variations ought to be a staple of the literature, as far as I’m concerned. Beyond the sheer beauty of the music is the equally compelling fact that the variations are based on the work of Charles Fussell, an American master whose work deserves the widest possible audience. (Fussell’s Wilde, a symphony for baritone and orchestra, was a Pulitzer contender some years ago.) Alex studied with Fussell during his time in Boston, and the two have remained good friends and colleagues ever since. I believe this work pays worthy tribute. Here’s a complete performance of Aerial Voices which Salla recorded beautifully for Alex’s album of solo piano works: 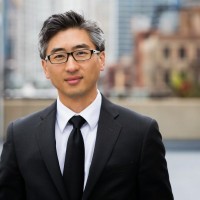 Next, Brian Lee will play Alex’s Three Pieces in its NYC premiere. Brian and Alex were classmates in Juilliard’s doctoral program. Now Brian is based in Chicago where he teaches and performs extensively, and apparently his command of this work is absolutely stunning! The Three Pieces contain some of Freeman’s most personal music, particularly the central Elegy. In a short span of time, the work covers a wide range of territory, both emotionally and compositionally, concluding with a charming Rag that is faithful to the form while holding plenty of surprises. Here’s the Toccata (played in this recording by the equally brilliant Finnish pianist, Matilda Kärkkäinen), the first of the Three Pieces, a wave of unleashed rage, briefly harnessed before being loosed again:

The program will conclude with the return of Jasper Wood, who will be joined by his longtime collaborative partner, David Riley. The duo will give the NYC premiere of Mathew Fuerst’s Third Sonata, another work that deserves repertoire status. Matt’s three-movement sonata is a wholly satisfying work in every way. In his first two sonatas (which he calls “Sonata-Fanatasies”), Matt explored several permutations of the sonata structure, including a single-movement form (Sonata-Fantasie No. 1), and a more loosely connected, suite-like collection of movements (Sonata-Fantasie No. 2), both of which are stellar works in their own right that can be heard on the recent album that Jasper and Dave released. But it’s in the Third Sonata that Matt tackles the form head-on, so to speak. While the fast–slow–fast structure is familiar, the music is fresh, vital, and compelling. I hate to give away the work’s thrilling, whiz-bang ending (which calls to mind a few flashes from the finale of Ravel’s sonata), but I can’t resist! Here are Jasper and Dave:

Perhaps even more exciting to me than this program is the fact that Alex and Matt are coming to town to hear it. The three of us haven’t been together in several years, so watch out, DUMBO!

[CORRECTION: An earlier version of this post incorrectly attributed the above recording of Freeman’s Three Pieces to Brian Lee—it was Matilda Kärkkäinen playing instead. My apologies to all!]

This entry was posted in Composing, News. Bookmark the permalink.